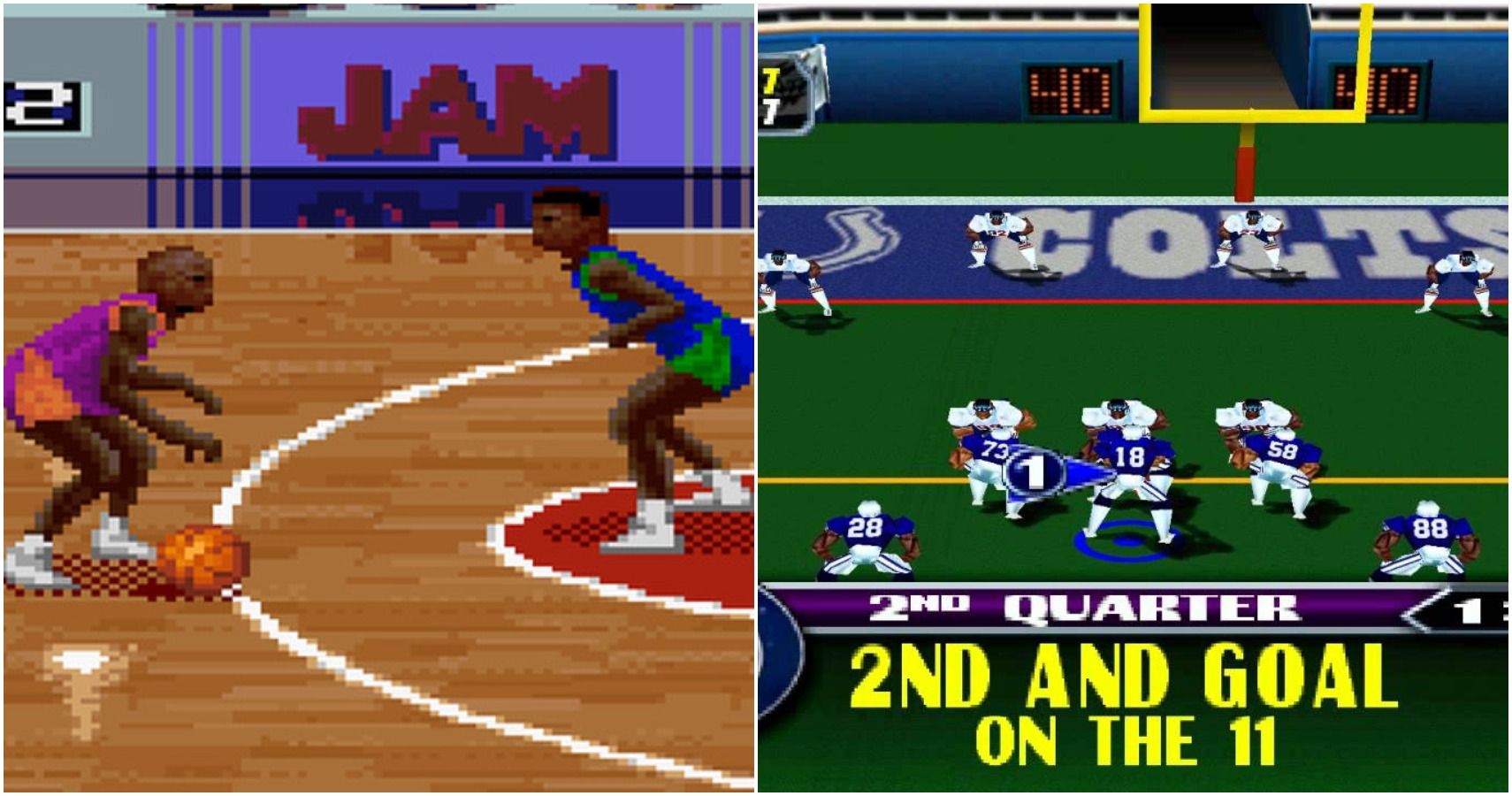 There have been a number of retro arcade sports games to have been produced over the years, with some titles certainly being a lot better than others with what they provide players. Admittedly, the same can be said for plenty of things in life, such as betting markets as well, although usleaguesbetting.com do their best to provide bettors with the very best options.

Nonetheless, here are just some of the best games to have ever been produced…

The Mario franchise has never been limited to just rescue missions and fighting Bowser to save Princess Peach. There have been a number of spin-offs that have kept fans of the series clamoring for more each time.

One of the best sports games in the franchise is “Super Mario Strikers“, which is based on soccer. The game has a fast pace and has a plethora of familiar characters such as Mario and Donkey Kong. The unique movement of each character, coupled with Bowser’s attacks, huge bouncing koopa shells and electrified fences, make this a cruel but welcome addition to the Mario Sports series.

After dealing a few strong blows in the game, the player enters the RUMBLE mode, in which he can make a series of overpowered attacks.

Mutant League Football is one of the weirdest games published by Electronic Arts. Unlike their simulations of the Madden franchise, Mutant League Football was a silly and macabre arcade game. Monsters and skeletons battled it out in this football game where the rules were nothing like the standard ones people are accustomed to. The game allowed for everything from deadly bombs to exploding bullets and even mines. If the player was losing, they could bribe the judges and receive false penalties. And if all else failed, they could just kill the officials.

For a game that was both total war and football, Mutant League Football was a massive hit and remains one of EA’s most unique games.

Sometimes, the more unrealistic a sports video game is, the more endearing it becomes to its players. This is the case of the NFL Blitz which eliminated most of the technical details of the game and simply allowed players to enjoy the basic gameplay of the sport.

For example, instead of the usual 11 players per side, NFL Blitz has reduced the number to 7 players. Despite its simplicity, the game was fun and even licensed for real NFL teams and their squads. The goal of the game was simple: score as many points as possible without having to worry about any of those annoying rules that are in the real NFL.

Super Dodge Ball, released in 1988, was an action-packed arcade game in which the main rule was simple: throw the ball at three opponents until they die. However, opponents did not stand and wait to be hit; they could hit you right away and kill your teammates. Skilled players can launch surprise attacks with their outfitters, and even catch balls in the air and send opponents flying to deal extra damage.

Super Dodge Ball spanned many locations around the world, from Kenya to Japan. He also had eight different teams to choose from.

Motorsports have always had the best adaptations for arcade games and Sega Rally is arguably the best of them. The game did an amazing job recreating the races at high speed, from terrifying speed to the steering wheel and even the bucket seat. Playing it felt like you were in a real car, which gave it a level of immersion not found in most other skill games.

There were only four race tracks players could play on when it was released, however that was more than enough to keep players entertained for hours on end.

NBA Jam is not the most profitable arcade sports game of all time for no reason. It has earned more than $2 billion in revenue. It pits four players against each other through a 2-on-2 team, lasting 3 minutes every quarter. The gameplay is great. Not only that, it also has a legendary comment: everyone who has played this game will never forget the classic lines such as “Boom-shaka-laka!” or “KABOOM!”